Maybe Paul Hollywood is right. Maybe making cake is one of the easiest things in the world to do if you’ve devoted your adult life to the pursuit of baking excellence.

But for the rest of us, those of us for whom it’s more of a hobby, a luxury that we can enjoy in our downtime and brief moments of freedom from the working world, it isn’t quite as straightforward as Paul seems to think it is.

There are so many variables to consider and so many things that can go wrong, most of us will look for any advantage we can find and anything that can help us to make incredible cakes, bake better bread and mix exquisite pizza dough.

That’s why we gravitate toward stand mixers because they’ll give us that extra edge and make everything that we need a helping hand with in the kitchen that little bit easier.

However, trying to find the right stand mixer isn’t as easy as it sounds, but we figured the best way to do it, was to start with a brand with a solid, dependable history that the professionals seem to trust and that’s why we put our faith in Kitchenaid.

The real question is: Kitchenaid Ultra Power Vs Artisan – which is better?

For nearly a century, Kitchenaid has been serious about food, and its products represent the perfect mix of professional performance, artisan quality, and iconic design.

At least, that’s what their company biography says, and while we’re not going to argue with the brand that was started in eighteen eighty-six by the woman who invented the dishwasher, Josephine Cochrane, what we really want to know is how good their stand mixers are.

It turns out that Kitchenaid is also responsible for inventing the stand mixer, albeit in a roundabout sort of way.

In 1919 Herbert Johnson, an Ohio engineer invented an egg beater called the H5, which later morphed into the stand mixer. Upon seeing it, his wife exclaimed “That’s the best Kitchenaid I’ve ever seen”, and by doing so killed two birds with one baking sized stone.

She gave a brand a name and encouraged her husband to further develop the stand mixer.

The thing is though, how do you choose which stand mixer to buy from the company that invented them?

After all, it’s not as though Kitchenaid only makes one model of stand mixer.

Following some careful consideration, we decided that the best course of action to take would be to take a much closer look at two of their best selling, and most beloved stand mixers in order to find out which was the better mixer.

That way we’d know which one was right for us. 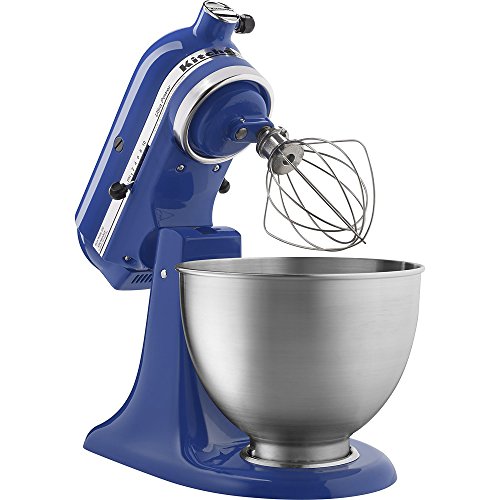 Let’s start with one of Kitchenaid’s most well-known stand mixers, the Ultra Power. With a name like Ultra Power we were expecting big things and all sorts of muscular mixing power from this Kitchenaid mixer, and it didn’t let us down.

The first thing that scored a big tick in its favor, is that the Ultra Power is a tilt-head mixer, which means that while it’s a little long in the tooth as far as the technology it uses is concerned, it’s incredibly easy to clean when you’ve finished mixing.

The head snaps down into place when you want the Ultra Power to start mixing, and you just lift it away, remove whichever blade you’re using to mix whatever it is you were mixing, and clean both the bowl and the attachment.

It might seem a little odd to discuss the ease and simplicity of cleaning before we’ve even started to talk about the mixer, but sometimes it’s better to get these things out of the way first.  And it’s always nice to know that the clean-up is going to be just as straightforward and simple as using the mixer is.

Then there’s the bowl that comes with the Ultra Power, which measures in at an incredibly respectable four and a half quarts, which means that there’s more than enough room in it to mix up just about anything that you want.

Bread and pizza dough? No problem, the Ultra Power will prepare more than enough to feed the most hungry, demanding families, and you can mix enough cake batter in it to keep your entire office in Victoria Sponge for a week.

And there’ll still be enough left over to make more than enough cake to feed the office next door too.

The bowl is also made from stainless steel, so it’ll probably last longer than the Ultra Power will, it’s easy to clean and it will never, ever rust.

The Ultra Power also comes with three interchangeable mixing heads, namely a flat beater, a six-wire whip, and a C-hook dough mixer, which means that you’ll be good to use the Ultra Power to start mixing whatever you want almost as soon as you take it out of the box.

Honestly, you’ll be astonished by what you can mix and prepare with those three heads, which when used in conjunction with the Ultra Power’s ten-speed gearbox (which makes it sound more rugged than just referring to the speeds that it can mix at as different “tempos” or some other such disposable, nonsensical term) that’ll take you from a slow, comfortable stir all the way through to an incredibly fast whip at the flick of a switch and in the blink of an eye, amounts to a whole lot of mixing power than you can use for good.

Or evil if you’re more inclined to diet-friendly dishes, which the Ultra Power can also easily handle but which we don’t want to talk about as this isn’t the time or place to get into those sorts of things.

When all is said and done, the Ultra Power easily lived up to its name and is more than capable of fulfilling any and all of the culinary necessities that you’ll need to mix.

Cakes, creams, puddings, bread or pizza dough, whatever you can imagine and whatever you want it to do, the Ultra Power can do it. 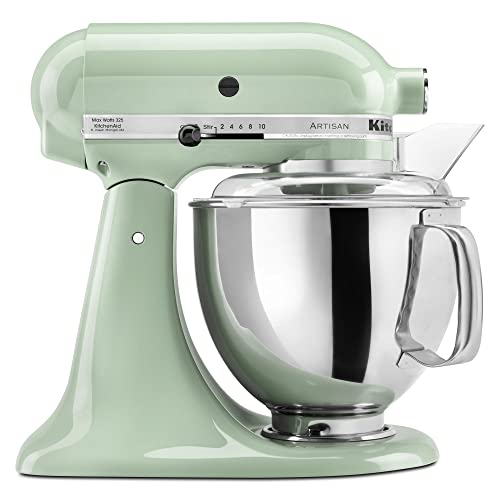 It’d be all too easy to dismiss the Artisan out of hand, as at first glance it bears a remarkable similarity to the Ultra Power.

In fact, at first glance, it looks almost identical to the Ultra Power. But the differences between, and the things that separate the Artisan and the Ultra Power, much like the devil, are all in the details.

It also comes with the same three interchangeable mixing heads which gives you the same nearly endless mixing possibilities as the Ultra Power does and it even has the same ten-speed mixing speed gearbox which will take your mixer form leisurely cruising stir to high-velocity, neck-snapping whip in a couple of heartbeats.

So, there’s nothing to really differentiate from the other, but as we said earlier, the little things that make sure that the Ultra-Power and the Artisan travel down divergent mixing paths, they’re all in the details.

When you look a little more closely, you’ll see that the wattage that both use to fuel their mixing power, are ever so slightly different, with the Artisan drawing three hundred and twenty-five watts while the Ultra Power uses three hundred.

It may not seem like much, but when it comes to mixing bread dough, those extra twenty-five watts give the Artisan an edge that the Ultra Power just can’t keep up with.

Then there’s the bowl that the Artisan uses, which beats out the one that the Ultra Power comes with by half a quart.

Again, it may not seem like a lot, but when you’ve got hungry teenagers clamoring for pizza, you’ll be grateful for all of the extra capacity that you can get. The more slices you can mix dough for, the happier your young brood will be.

The Artisan’s stainless steel bowl also comes equipped with a couple of handles, which makes it easier to carry from the mixer to the baking tray and from the tray to the kitchen sink.

Again, it doesn’t seem like it’ll make all that much difference in your mixing and baking life, but the addition of those handles means that you’ll greatly reduce the risk of dropping the bowl and having to start mixing from scratch all over again.

And then there’s the pouring shield that comes as standard with the Artisan, but is nowhere to be found with the Ultra Power.

It’s one of those little extras that make a huge difference as it minimizes waste and spillage when you add anything to the Artisan while it’s already in motion and busy mixing. The small things? They really do matter and they really do make a big difference.

It is, like most things in life are, all a question of ease and budget. The little extras that the Artisan offers to make your life easier?

They come at a cost, so you’re going to have to decide which is more important to you.

Your pocketbook or an easier culinary life, because when you strip both of those things away and judge the Ultra Power and the Artisan on their mixing power and ability alone, there’s nothing to separate them.

They’ll both mix whatever you baking and cooking heart wants, and needs, them too.  The choice, as an infinitely wiser soul than us once said, is yours.